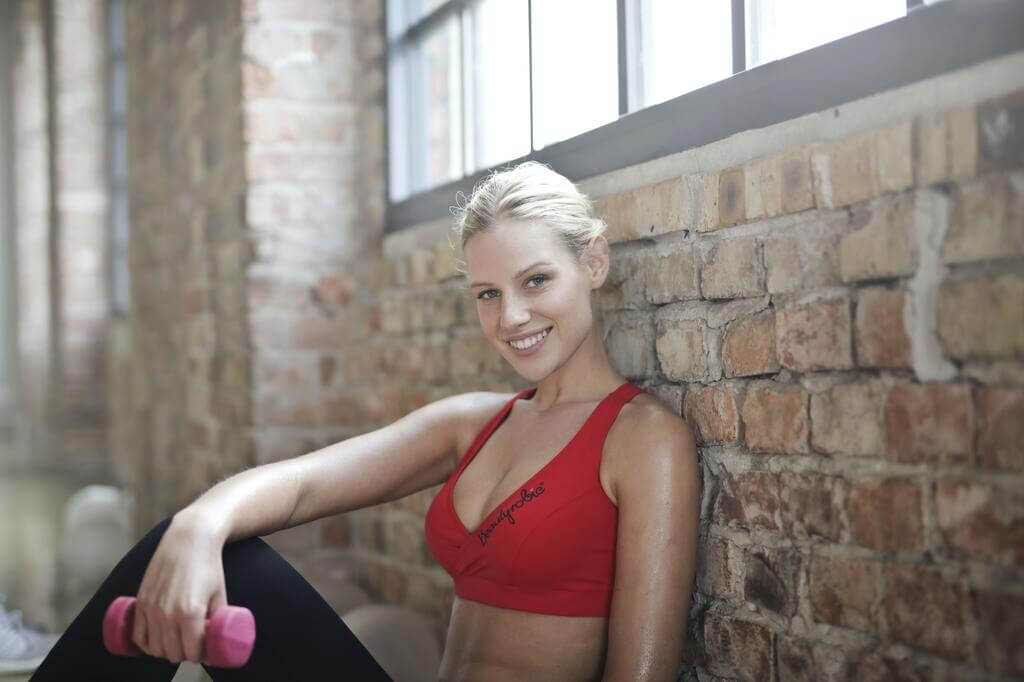 Endorphins are a type of hormone produced by the brain and nervous system to relieve stress and pain. They work similarly to a class of drugs called opioids.

According to Jeffrey M. Cohen, PsyD, Instructor of Medical Psychology at Columbia University Medical Center, Opioid receptors are part of a system that controls pain and reward. By activating the opioid receptors, endorphins can temporarily affect aspects of both physical and mental health.

Endorphins are also known as the body’s natural “feel-good” chemicals because endorphins stimulate feelings of pleasure, well-being, and pain relief. They are released during activities like exercise, meditation, eating certain kinds of food, and having sex.

Although endorphins are commonly associated with the well-known “runner’s high” that is felt after lengthy, vigorous exercise resulting in an increase in endorphin levels. The endorphin glow is a result of the positive mood shifts which don’t necessarily require strenuous physical activity.

Overall getting an endorphin boost leaves you with a sense of elation and well-being making them an essential component in a balanced, happy life.

How to get this feel-good hormone flowing

1. Get your Body Moving

Exercise increases your overall health and your sense of well-being.

Moving your body and increasing your heart rate with exercise, can stimulate the production of endorphins in the bloodstream.

As soon as your heart starts pumping the rush of feel-good chemicals kicks in to reduce the brain’s perception of pain.

2. Massage- the Power of Touch

Physical touch increases endorphins which leaves you with a feeling of being relaxed and revived. 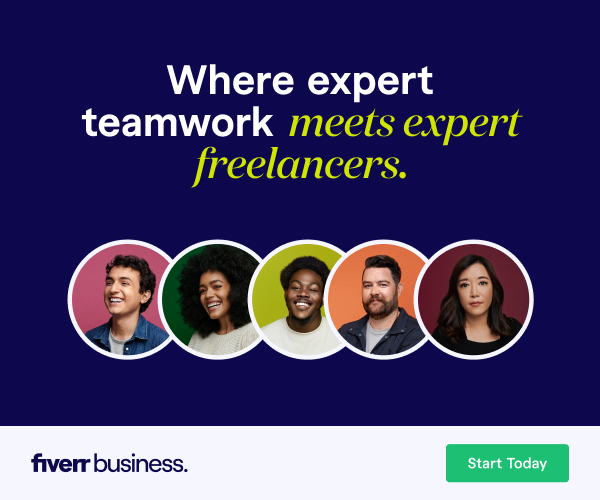 Certain massage and acupuncture techniques such as chiropractic adjustments and hydrotherapy are known to stimulate endorphin release.

3. The Sensations of Sex

When “Endorphins and Oxytocin are released during sex, and these feel-good hormones activate pleasure centers in the brain that create feelings of intimacy and relaxation helps stave off anxiety and depression”, – according to WH advisor Laura Berman, Ph.D., assistant clinical professor of ob-gyn and psychiatry at the Feinberg School of Medicine at Northwestern University and author of “It’s Not Him, It’s You!”

4. The Peace of Meditation

Do you know that simply relaxing and focusing on the silence of the mind triggers the release of endorphins and also helps increase dopamine, serotonin, and melatonin?

This cocktail of chemicals flooding through the bloodstream leaves you a feeling of being calm, happy, and content.

Research shows that up to 80 percent of the thoughts we produce in a day are negative, and you can’t live a positive life with a negative mind.

Affirmations are proven methods of self-improvement because they make you consciously aware of your thoughts.

Affirmations are short and focused positive statements that you autosuggest to yourself to achieve a desired outcome or goal. By repeating them, we re-wire our brains and change neural pathways and synapses to open up a new state of positive thinking and increase the level of endorphins released into the body.

6. Laughter is the Best Medicine

Laughing lifts the spirits and relieves tension. Endorphins are the body’s natural feel-good chemicals. It promotes an overall sense of well-being and temporarily relieves pain. Did you know that part of the reason laughing feels so good is because of the endorphins streaming through your system?

Vitamin D is popularly known as the sunshine vitamin it naturally occurs in the body when ultraviolet B (UVB) light hits the skin and converts specialized cholesterol to pre-vitamin D3.

When human skin is exposed to sunlight it produces several hormones and peptides that contribute to systemic health and wellness. One of them is Beta Endorphin (BE) which increases relaxation, acts as a natural painkiller, and promotes a feeling of well-being.

Vitamin D can also be found naturally in a few foods – including some fish, fish liver oils, egg yolks, and in fortified dairy and grain products. Eating chocolate is often associated with happiness and is celebrated as a pleasurable indulgence. A 2013 study in the British Journal of Clinical Pharmacology found that consuming chocolate may help improve your mood, making you feel calmer and more content.

Chocolate (a derivative of cocoa beans) contains plant nutrients called flavonoids that may provide health benefits and a source of antioxidants. Dark chocolate stimulates the production of endorphins, to create feelings of pleasure.

9. Spice up your Life

If you can stand the heat, chili peppers are another edible endorphin releaser. According to researchers, chili peppers contain a chemical called capsaicin that triggers the pain-relieving, feel-good effect in response to this fiery food’s heat—the hotter the pepper, the better (Carollo, 2012).

According to research published in the Journal of Neuroscience, enjoying a small amount of alcohol, especially wine, at the end of the day can boost endorphins (Ireland, 2014).

Both red and white wine contain antioxidants, and red wine contains resveratrol, which has been shown to reduce inflammation, slow the aging process, and protect against arterial damage (Hendrick, 2010; Mayo Clinic, 2011).

Need more proof? Have you noticed that your skin gives off a certain natural glow after a workout? It’s true; when you work out, your blood circulation increases and delivers oxygen and nutrients to your skin cells.

Oxygen and nutrients repair damaged skin, increase collagen production, and produce natural oils. When we exercise, the oils produced by our skin acts as a natural moisturizer. Thus, your skin ends up feeling moist, and hydrated.

Another benefit is that when we release endorphins we are rewarded with decreased levels of stress and anxiety, improved sleep, and a boost to our self-esteem.

If your endorphin levels are deficient, it can wreak havoc on your health. The list below are some of the signs of endorphin deficiency:

Endorphins are chemicals produced naturally by the nervous system. It is free and easy to acquire. So if you are experiencing some of the signs above try to increase your endorphin levels. Leverage the power of endorphins and achieve the “Endorphin high and Beauty E-glow” (endorphin glow). It’s natural and beneficial to your overall well-being. 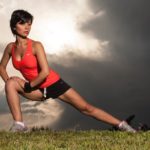 Start your day Right with the Miracle Morning Routine 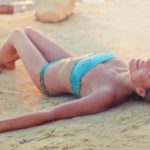 Surprising Celebrity Skincare Secrets you can do now 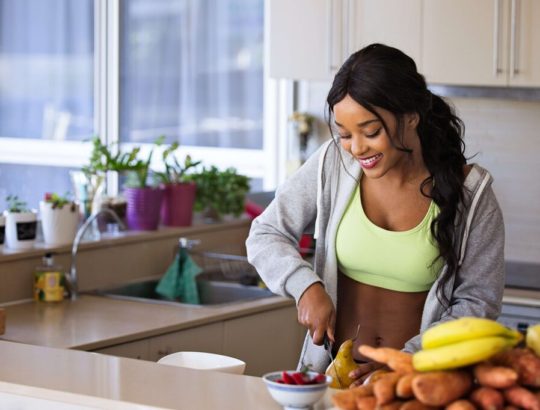 How to Successfully Overcome the Challenges Of Healthy Eating 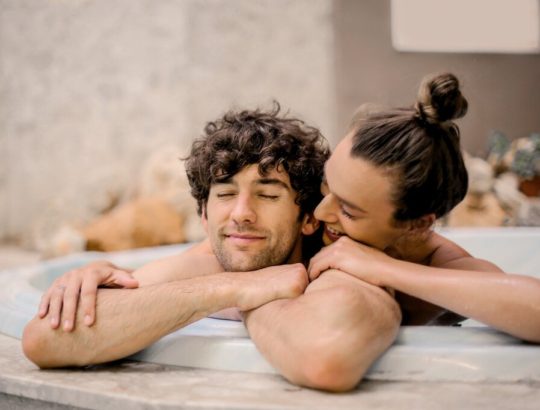 Too Lazy to be Fit: The Ultimate Guide